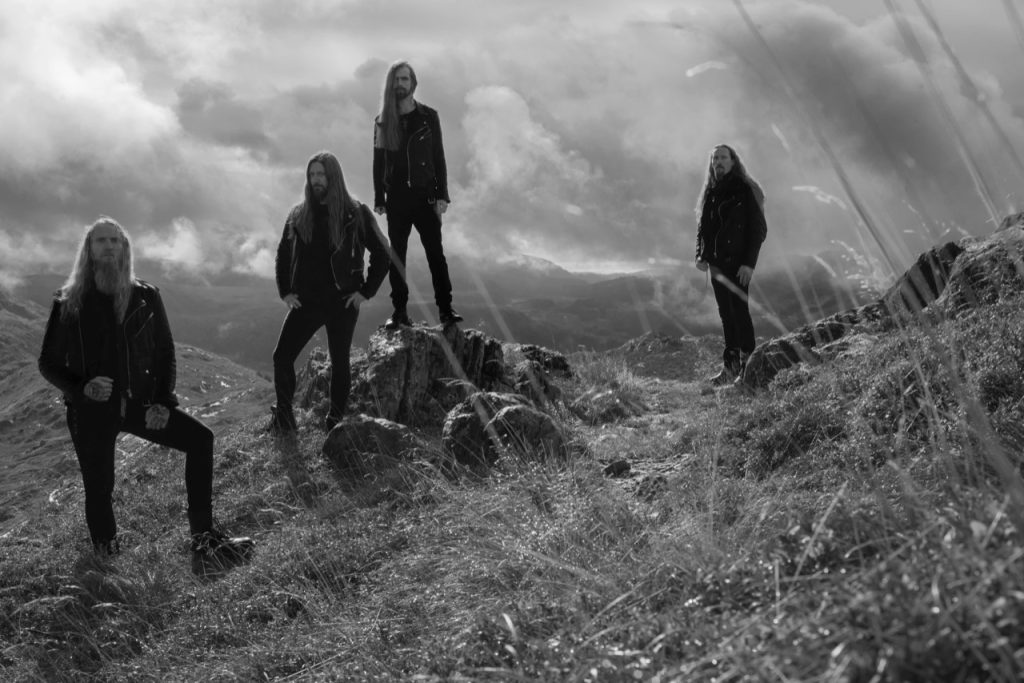 Norwegian Grammy (Spellemannprisen)-winning metal outfit Gaahls WYRD return with new mini-album The Humming Mountain. Spanning five thought-provoking songs over 30-plus minutes, the mini-album continues from but challenges the tenets of the group’s lauded debut full-length, GastiR – Ghosts Invited. Conceptually, The Humming Mountain intrinsically ties into the pre-history of its forebear, where heady, fastidious topics of origin, creation, and consciousness are pondered, explored, and conveyed to a riveting score of reflective, if sometimes vicious metal. The Humming Mountain resides between spaces but is wholly its own artistic entity.

“I like the concept of a mini-album instead of an EP,” says Gaahl (aka Kristian Espedal). “I like the format of a mini-album. Back in the day, bands like Hellhammer and Celtic Frost used this format. The audience gets more from this format. To me, it’s more serious than if it’s just a few tracks. Plus, the concept of The Humming Mountain isn’t big enough for a full-length album. The concept was something I had to get out of my head.”

Three of The Humming Mountain’s tracks were originally slated to appear on GastiR – Ghosts Invited but were eventually shelved when Gaahl determined that they weren’t a conceptual fit with the rest of the album’s tracks. Indeed, not one to let good ideas die on the proverbial vine, Gaahl worked with guitarist Lust Kilman (Ole Walaunet) and producer Iver Sandøy to refashion them. Through creative process and artful invention, “Awakening Remains – Before Leaving,” “The Dwell,” and the title track were born again for The Humming Mountain. The mini-album’s introspective bookends—opening epic “The Seed” and filmic closer “The Sleep”—came during and after, one song to remind listeners that patience is a virtue and the other to send them off into dream-like cogitation.

“The title track ‘The Humming Mountain’ dictated how the mini-album would go forward,” Gaahl says. “‘The Humming Mountain,’ however, has connections to GastiR – Ghosts Invited recording-wise, but it’s been reshaped. ‘The Dwell’ and ‘Awakening Remains – Before Leaving’ are more from the same foundation. We did change how we approached these songs by adding keyboards and removing bass grooves, especially on ‘Awakening Remains – Before Leaving.’ We got a different flow and pace to the final versions of the songs.”

“I’m always searching,” says Gaahl. “I’m trying to find the core of self, the core of everything. GastiR – Ghosts Invited dealt with being conscious about the subconscious. The Humming Mountain is more direct in dealing with that topic. Creation is something that happens very slowly, I believe. I connected it to ice, in a way. It’s a Norse concept, where a witch ‘hummer’ is feeding on salty ice. Out of this comes the first conscious. In Norse creationism, creation originates with sound. Of course, fire and ice are the two opponents, but every being, which are manifestations of something, are connected to humming or noise, the vibrations created by it. That’s how I arrived at The Humming Mountain, a slow vibration from the mountain and the slow movement of ice.”

Gaahls WYRD revisited Sandøy’s Solslottet Studio (Wardruna, Crippled Black Phoenix) periodically from August 2020 through May 2021 to track and complete The Humming Mountain. The sessions were set apart for various reasons (schedules mostly), but the team first focused the groundwork on sound design. Gaahl, Lust Kilman, and Sandøy then pivoted to Spektre’s (aka Kevin Kvåle) drums. From there, vocals, guitars, bass, keyboards, and piano were laid down. Sandøy also helmed the mix and master.

“The first thing we did was to work through the songs,” Gaahl says. “This was to find the foundation of the sound and how we could reshape the sound. We focused on the sound (or voice) of the drums. We didn’t want them to be too close to the drum sound on GastiR – Ghosts Invited. I’ve worked on three albums with Iver this year. It’s very easy to work with him. He’s good at bringing himself into my philosophical mindset. He’s tuned into why I choose to do this or that. Usually, before we start, I explain my direction so that he can understand it, and together we can expand upon that direction. On this EP, he’s done a lot of the keys and piano parts. He’s contributed quite a lot.”

Though The Humming Mountain reveals a more contemplative side to Gaahls WYRD, fans of stunners “Ek Erilar,” Carving the Voices,” and “Through and Past and Past” will find new tracks “The Dwell,” “Awakening Remains – Before Leaving,” and the title track equally engaging, while “The Seed” and “The Sleep” are destined to open new doors with their mercurial angst and picturesque, if involuted themes. Indeed, The Humming Mountain sets the stage for Gaahls WYRD’s next chapter.

“We’ll release the mini-album next,” says Gaahl. “After that, it all depends on how things open up for us to tour. There will be shows in Europe for sure, though. In a way, I hope the pandemic situation may continue for a bit longer. It’s a good time for studio work. So, I hope not to be too disturbed by touring to continue to do more studio work. We’re about to enter the studio for the next full-length.” 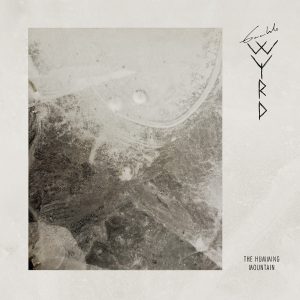 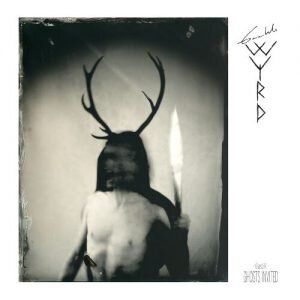 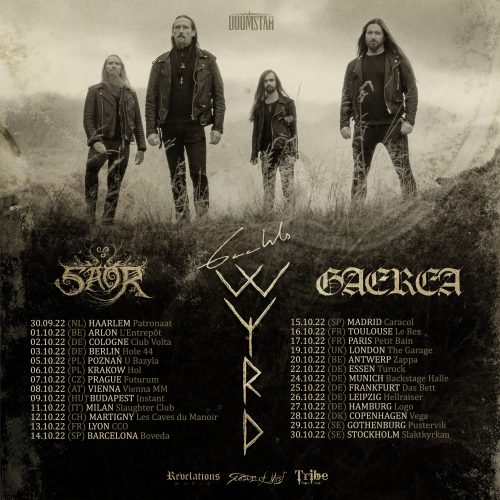 Norwegian Grammy (Spellemannprisen)-winning metal outfit GAAHLS WYRD return to the road in the autumn of 2022 for their first fully fledged European tour since 2019 with special guests and label mates SAOR and GAEREA. The tour will kick off at the Patronaat in Haarlem (NL) on September 30 and sees the band playing throughout 13 more countries before a final curtain at the Slaktkyrkan venue in Stockholm (SE). 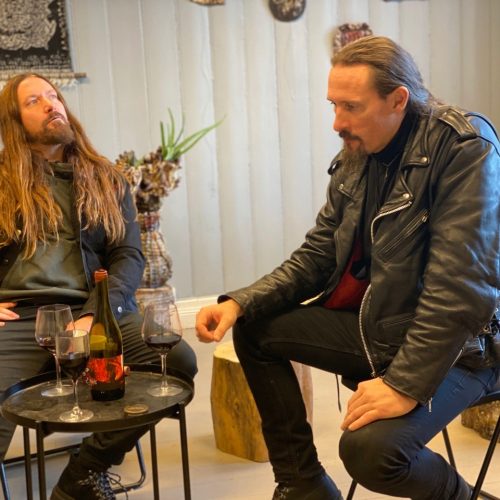 Esoteric dark metal formation Gaahls WYRD will be hosting a very special radio show via Gimme Metal on Monday, November 8 @ 11:00 A.M. EST // 17:00 CET! This special extended double episode that will take place for three hours features vocalist Gaahl and guitarist Lust Kilman in talks with Fredrik Saroea as well as an epic playlist curated by the two band members. In addition, both Gaahl and Kilman will be in the live chat, giving fans a rare opportunity to speak in candid conversation with the legendary musicians. To listen for FREE, sign up at GimmeMetal.com or download the app! 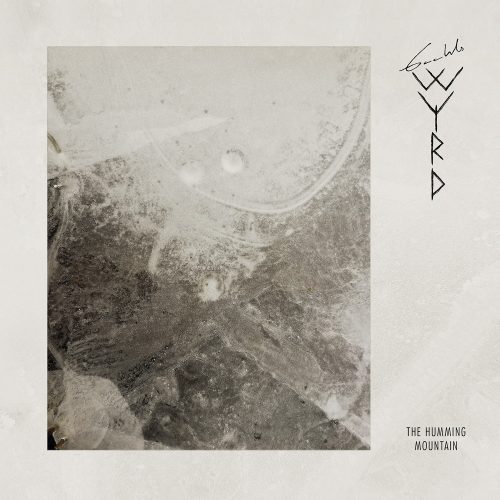 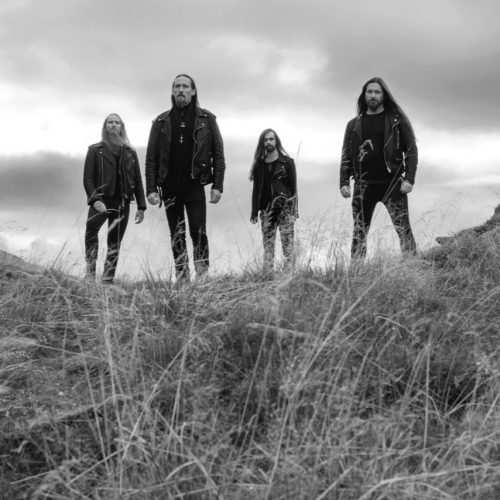 Norwegian extreme metal formation GAAHLS WYRD have released the second new track from their upcoming EP “The Humming Mountain”. The brand new song “The Seed” can be heard at the official Season of Mist Youtube Channel HERE. 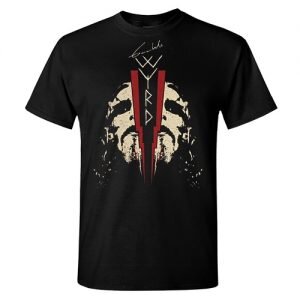