Cult black metal outfit ARCKANUM have premiered a new song from forthcoming new record, ‘Fenris Kindir’. The new track, entitled “Dolgrinn” is streaming via Sweden Rock. ‘Fenriz Kindir’ is slated for a release on May 10th (May 14th in North America).

Regarding the new album, ARCKANUM mastermind Shamaatae said: “This album is a dedication to the flaming giant-wolf, son of Loki; created from the Chaos-fires of Múspellsheimr. It is a tribute to the wrathful giant-wolf, son of Angrboða, found in the Ironwood where he is breeding hordes of giant monstrous wolves with Angrboða. His victorious name is Fenrir, also called Tungls Tjúgari. The sounds and music on this album are my auditory vision of the march of Fenrir convoyed with his hordes of giant wolves from the depths of the underworld to face Ragna Rök with warlike glory – deformed giant-wolves swarming in thousands. This is my tribute to the wrathful, harsh and untamed anti-nature of Fenrir’s mighty essence! The anti-cosmic enemy of the worlds! Heill Tungls Tjúgari! Heilir Fenris Synir!”

The LP editions will include a cover version of NECROMANTIA’s classic “Lycanthropia” as bonus track and will be available in three different colours: yellow, red, and black. Pre-order all formats on Season of Mist’s e-shop. 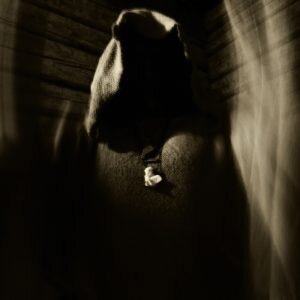 Black metal cult ARCKANUM are streaming their forthcoming record, ‘Fenris Kindir’ (out now everywhere in the world) in its entirety. Check it out at the following locations:

Sweden’s ARCKANUM, one of the spearheads of traditional Black Metal, is back with a vengeance! Shamaatae’s eighth album is entitled ‘Fenris Kindir’ and will hit the stores on May 10th (May 14th in North America). Here are the cover artwork and tracklisting:

Sweden’s ARCKANUM, one of the spearheads of traditional Black Metal, is back with a vengeance! Shamaatae’s eighth album is entitled ‘Fenris Kindir’ and will hit the stores on May 10th (May 14th in North America).

Swedish Black Metal act ARCKANUM’s new album “Helvítismyrkr” will be released this Friday in Europe and on September 27th in North America. You can already listen to the whole album online, via a stream on Inferno Magazine’s website. Check it out!