Vocalist/guitarist Luke Roberts comments on the track: “This song is not meant to be a pleasant experience. There’s a background static of anxiety and depression that seems to linger everywhere in our society. I would like to suggest it’s time we look at these feelings in ourselves and take responsibility for them instead of taking them out on each other or trying to hide from them in all of our distractions.” 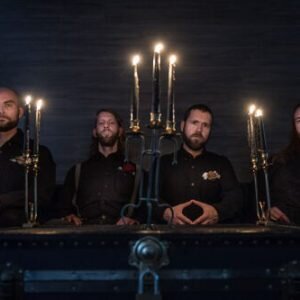