“‘Två Systrar’
This one goes deep.

We’ve been playing around with this classic tale of betrayal and revenge before but it was always put on hold. Not this time. The poetry is breathtaking, it doesn’t get much starker than this.

Musically, for us this is one of the most satisfying songs we’ve done. With Garmarna, there is always a riddle. An escape room. We’re trapped until we solve the puzzle. Here, it started with an original idea of ours blended with a traditional melody and in an hour we transformed a whole bunch of ideas into a melody that just flows.

Stefan was playing around with the amazing Elektron Octatrack, preparing a soundpack of nordic sounds (keep your eyes open for that). So a Mouth harp, treated in a million ways, created a set of harmonies we could play on the keyboard. The strange harmonies seemed to be the key so we followed.

There has been some moments where creating music is expanding ones soul and mind in ways words cannot describe and personally, the creation of Två Systrar is one of the most powerful examples of this. 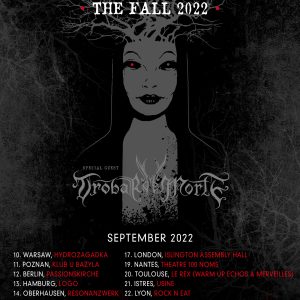 Swedish folk rock pioneers GARMARNA are now announcing a brand new European tour in the fall of 2022! A full list of confirmed dates (including festival appearances) can be found below. 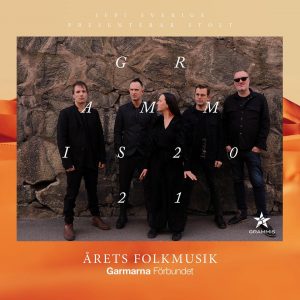 Swedish folk rock pioneers GARMARNA have been nominated for a Swedish Grammy Award – the Grammis. The band’s latest record ‘Förbundet’ is one of the nominees in the category folk album of the year. The winner will be announced on June 3rd. More information on the Grammis and the full list of nominees can be found here.

Swedish folk rock pioneers GARMARNA have been selected as a Session II finalist in the John Lennon songwriting contest 2020 and have also been chosen as a semi-finalist in the international songwriting competition! GARMARNA were recognized for the song ‘Dagen Flyr’ in the world music category for each respective contest. 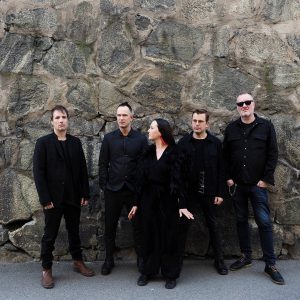 Swedish folk rock pioneers GARMARNA have teamed up with the Swedish magazine Lira for the premiere of their new record ‘Förbundet’. Stream the album HERE.

Swedish folk rock pioneers GARMARNA have teamed up with Folk ‘n Rock for the premiere of their new single “Dagen Flyr”. Listen to the new song HERE.