Legendary Swedish black metal formation MÖRK GRYNING have announced the details of their new album ‘Hinsides Vrede’. The record will be released via Season of Mist on October 23. Pre-sales will be available soon.

The band has furthermore released an album teaser, which can be watched at the official Season of Mist Youtube Channel HERE. The teaser was created by Guilherme Henriques.

MÖRK GRYNING comment: “We are proud to announce that we finally have a new album ready. It’s been a long wait, but we are still just as hungry. It goes straight to the core of what we are; brutal and melodic, dark and euphoric. Prepare to join our maelstrom once again!” 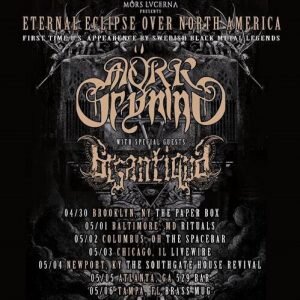 Legendary Swedish black metal formation MÖRK GRYNING will be touring the U.S. for the first time ever! Find a full list of shows below. 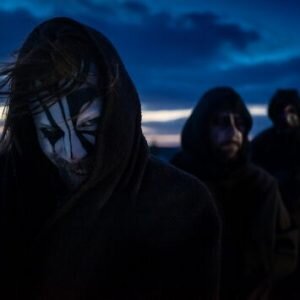 Season of Mist are proud to announce the signing of the legendary Swedish black metal formation MÖRK GRYNING. In the last years, the Swedes have returned to the stage triumphantly with live performances in Stockholm (Sweden), at Party San Open Air (Germany) and at Eindhoven Metal Meeting (the Netherlands). Now, they’re ready to head to the studio to record a new album.