Tortured blackened death metal machine WITHERED will be embarking on a U.S. tour in support of BLOOD INCANTATION and PRIMITIVE MAN with an already sold out show on Saturday, December 4 in Chicago, IL! The trek will conclude on December 19 in Cambridge, MA. The full run of dates can be found below! Tickets are available now and can be found HERE.

WITHERED is touring in support of their brand new record, ‘Verloren,’ which is out now! To further celebrate the release, the band will play the album in its entirety at both Brooklyn dates at  Saint Vitus. Download, buy, or stream the album HERE.

Thompson explains, “I’ve been crafting my tone for two decades now. Our knack for style hopping provides unique tonal challenges for me. I need crushing lows for the huge riffs and clarity during blasting grind and black metal passages. It gets really tricky and has been a battle. I’ve chipped away at getting the best of both for years and it resulted in an amalgam of unorthodox gear combinations. I’ve had a design in mind for years to combine everything into one cohesive pedal but never the time to realize it. Mentioning this Sammy Duet (Acid Bath, Goatwhore) resulting in an introduction to Michael Klein. It turns out Michael is quite familiar with Withered’s studio tones. We discussed the ideas and he was very confident in nailing down my ideas. He picked the name ‘Husk’ after a song on ‘Grief Relic,’ which was the first time my ‘realized tone’ was recorded in purity, without tricks. Husk is everything I’d hoped for and then some. I call it my ‘Swede-ish’ tone. You get a bit of that chainsaw mid scoop that’s usable across all heavy endeavors without being a 1 trick pony.”

Thompson also designed the cosmetics himself, combining a vintage military feel with an ethereal/mystic graphics to capture the “moods” of the pedal. 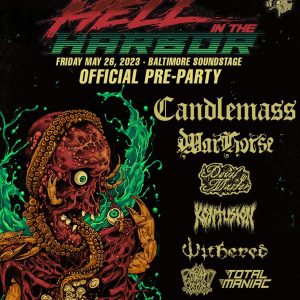 WITHERED to Perform at Hell In The Harbor Festival Pre-Show

An already stacked lineup just got even sicker! Tortured blackened death metal masters WITHERED will be performing at the Hell In The Harbor Festival pre-show, which will take place in Baltimore, MD on May 26! Tickets for the pre-show can be found here: https://www.ticketmaster.com/event/15005E39E04F4DDF 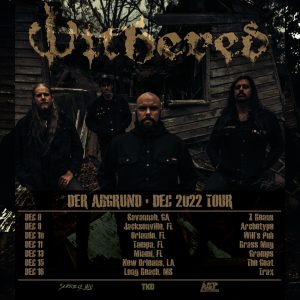 Tortured blackened death metal outfit WITHERED will be embarking on a winter headlining tour in the Southeast U.S. this winter, for which the band will be performing an old school set. The tour kicks off on December 8 in Savannah, GA and will conclude on December 16 in Long Beach, MS. Prior to the run, the band will perform in their hometown of Atlanta, GA at Snowblind Festival! The band is also confirmed for two shows in January 2023. The full run of Withered live dates can be found below! 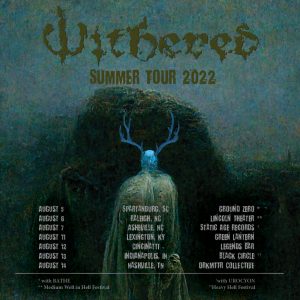 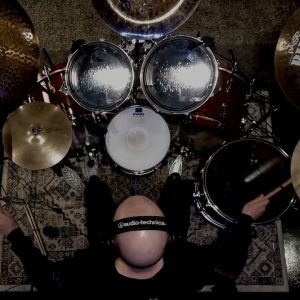 Drummer Beau Brandon of tortured blackened death metal outfit WITHERED is now releasing a brand new drum play-through for the song “Casting in Wait.” The track is taken from the band’s latest album ‘Verloren,’ which was released on June 25, 2021. Watch the clip here: https://youtu.be/d7546n00VZg 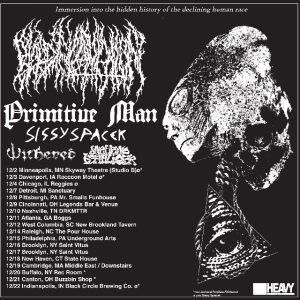 Tortured blackened death metal machine WITHERED have announced December U.S. tour dates in support of BLOOD INCANTATION and PRIMITIVE MAN. WITHERED’s trek will kick off with an already sold out show on December 4 in Chicago, IL and will conclude in December 19 in Cambridge, MA. The full run of dates can be found below! Tickets are available now and can be found HERE.