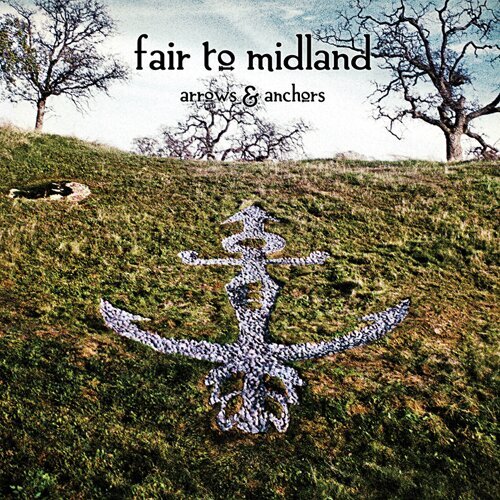 FAIR TO MIDLAND have rocketed out of the underground after SYSTEM OF A DOWN frontman Serj Tankian was blown away by the band's amazing live prowess and signed them on his own label to release "The Drawn and Quartered EP" in 2006 to be followed by the full-length "Fables from a Mayfly" the next year. The two single releases of this album scored high in the US Mainstream Rock Charts and their fame quickly spread to Europe, where FAIR TO MIDLAND played big festivals such as ROCK AM RING and ROCK IM PARK as well as DOWNLOAD. Founded in the small farm town of Sulphur Springs, Texas in 1998, the quintet created a buzz with their two independent releases "The Carbon Copy Silver Lining EP" (2001) and the 2004 debut album "inter.funda.stifle". Now FAIR TO MIDLAND deliver their fascinating eclectic mix of Rock, Pop, Prog, Folk and Metal on their forthcoming third album masterpiece "Arrows and Anchors" with an extra kick by producer Joe Barresi (TOOL, KYUSS, COHEED AND CAMBRIA). This is not a buzz but the next big one!