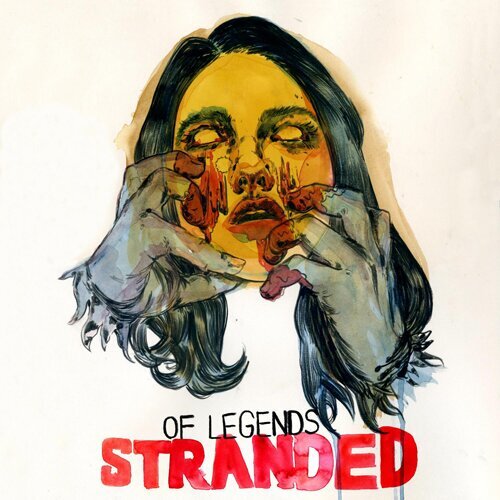 OF LEGENDS are the brainchild of self-taught multi-instrumentalist Luis Dubuc, who scored several billboard entries and toured extensively with his highly acclaimed project THE SECRET HANDSHAKE. Taking a sharp turn from those Motown and Soul influences, OF LEGENDS deliver modern Metal mainly influenced by its more extreme sides with references to the Core scene. "Stranded" is obviously written by someone coming from a much groovier place, with a ton of anger and hate on his mind. The band will embark on their first live campaign supporting NORMA JEAN in the US during spring and set to conquer the rest of the world in 2011.