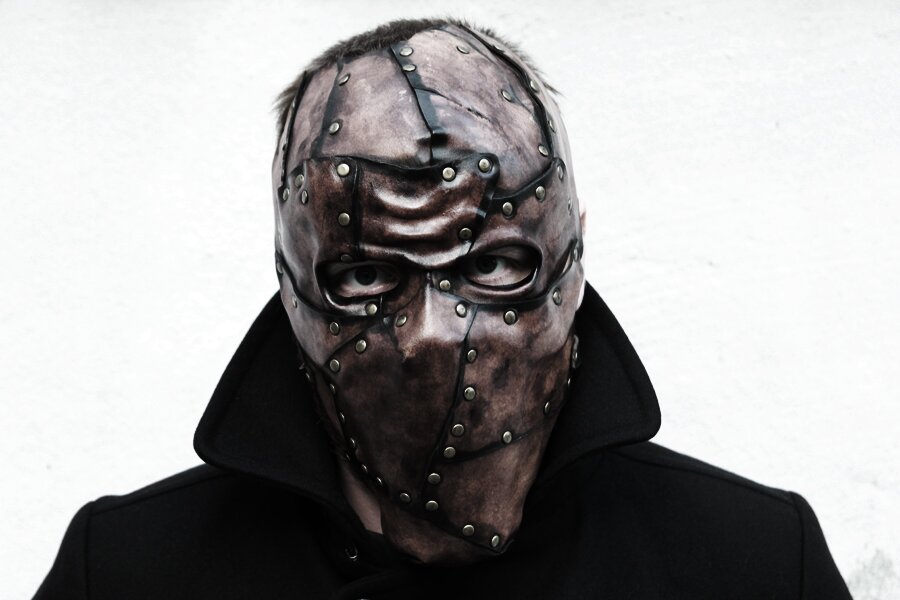 Heavy guitars are slicing and crushing with stunning precision and elegance. Massive and thundering keyboards weave dense textures. Metal and Industrial collide to shape dark forms and structures. The falcon headed Egyptian moon-god KHONSU becomes incarnate. S. Gronbech, the man behind the mask, orchestrates the ancient traveller’s return. The last public appearance of the mysterious mastermind was the collaboration with his brother A. “Obsidian C.” Gronbech on KEEP OF KALESSIN’s highly acclaimed “Reclaim” EP (2003). Being one of Norway’s foremost guitarists himself, Obsidian C. comments: “If you think that I am a good guitarist, wait until you hear my brother”. The renowned string wizard also produced and engineered all electric guitars played by his sibling in his own Morningstar studio. Adding vocals in an amazing range from the clear and gentle to the venomous and growling, Thebon of KEEP OF KALESSIN fame joins S. Gronbech in his dark quest. Under their former name MERAH, KHONSU already performed at this year’s edition of the prestigious Inferno Festival in Oslo. Even without an album out the band from Trondheim was invited on the strength of their demo alone. Their musically and visually impressive performance gained the Norwegians excellent reviews. Now KHONSU reveal their true strength with debut album “Anomalia”. Let this sinister blend of rock, metal, and electronic elements enchant you with its epic and desolate atmospheres!

Win fame with KHONSU and have your name published on their next release!

To celebrate the recent release of KHONSU’s debut album, the Norwegian band offer you a chance to win a signed copy of “Anomalia” and a t-shirt!

The progressive black metal artists KHONSU have premiered their new video, the band’s first, for the track “The Malady” here. “The Malady” is off the band’s upcoming album ‘Anomalia’.

The next release from Season of Mist is KHONSU’s debut album “Anomalia”. To help you wait until August 24th (28th in North America), the video clip for “The Malady” is premiered today on British magazine Terrorizer’s website.