More information about I Declare : Treason

This eagerly awaited piece of Metal Shock Rock is entitled “I Declare : Treason”, and here are the cover artwork and tracklisting:

The release of the album will be preceded by the “(Don’t) Waste It” 7″ vinyl single on May 9th. Taken from the upcoming album, the title-track is a dark, catchy as hell rocker with heavy stomping groove while the fast paced, pumping “Sacrifice (The Napoleon Iscariot Chant)” appears as an exclusive B side. The 7″ vinyl will come with a digital download card and a sticker.

“(Don’t) Waste It” is available for pre-order on Season of Mist’s e-shop and will also be released as digital download. 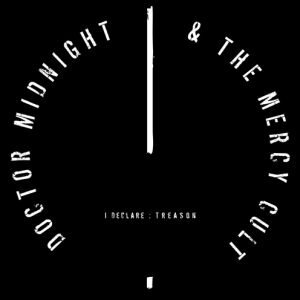