The band comments: “Hell Militia is back! The new album is a bitter reflection of the years that have passed since the release of Jacob’s Ladder. Always the same, but spiralling out of control into more extreme situations. The new album is the result of bitter days, an even more bitter aftertaste, fanatic unshakable religious faith and urban filth resulting in a toxic cocktail.

Fuck your world and everything in it. 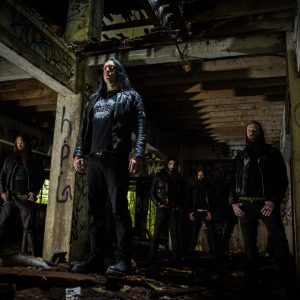