Under their former name MERAH, KHONSU already performed at this year’s edition of the prestigious Inferno Festival in Oslo. Even without an album out the band from Trondheim was invited on the strength of their demo alone. Their musically and visually impressive performance gained the Norwegians excellent reviews. Now KHONSU reveal their true strength with debut album “Anomalia”. Let this sinister blend of rock, metal, and electronic elements enchant you with its epic and desolate atmospheres!

“Anomalia” will be released as CD digipack limited to the first pressing, hand-numbered double gatefold LP with digital download card and exclusive t-shirts will be designed. All items available soon for pre-order on Season of Mist’s e-shop! 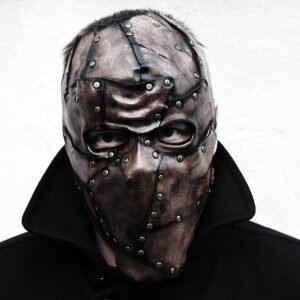 Win fame with KHONSU and have your name published on their next release!

To celebrate the recent release of KHONSU’s debut album, the Norwegian band offer you a chance to win a signed copy of “Anomalia” and a t-shirt!

The progressive black metal artists KHONSU have premiered their new video, the band’s first, for the track “The Malady” here. “The Malady” is off the band’s upcoming album ‘Anomalia’.

The next release from Season of Mist is KHONSU’s debut album “Anomalia”. To help you wait until August 24th (28th in North America), the video clip for “The Malady” is premiered today on British magazine Terrorizer’s website.