Greek blackened death metal masters NIGHTFALL are now premiering a new lyric video for the track ‘Mean Machine’ which was originally recorded by THE CRAMPS in 1994. The track was recorded by NIGHTFALL in December 1996 in Tico Tico studios, Finland and served as a bonus track to the “Lesbian Show” album. You can now find the video HERE.

Vocalist Efthimis Karadimas comments: “Mean Machine is the first ever song I listened by the Cramps. Its filthy sound and performance might well be described as a spit to the face of anything normal out there. Lyric-wise I’d say it is more about accepting the role of the bad guy, rather than trying to prove the opposite. 90s were wild in terms of social approbation. I felt connected to that song for somehow it made me feel it was like we were the “mean machines”, the outcasts, the bad guys, people did not want to have any connection with. The Cramps have ceased to exist, but thanks to Burton’s Wednesday Netflix series, they are beautifully haunting our dreams again. Mean Machine’s our tribute to them. We share it with you untouched, right from the depths of XX Century.” 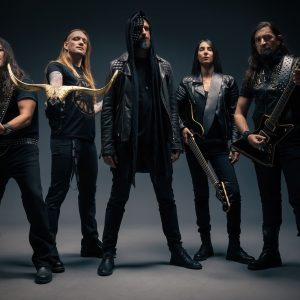 Greek blackened death metal masters NIGHTFALL are now premiering the official live video for the track ‘Meteor Gods’ which was recorded during their live show ‘At Night We Play’ in Athens on November 2021. The band has furthermore announced the release of a live EP, ‘In the Temple of Ishtar’ featuring two tracks of this show, which will be out on July 22, 2022 on all digital streaming platforms. Pre-save the EP HERE. 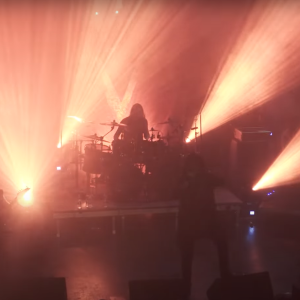 Greek melodic metal masters NIGHTFALL are now premiering the official live video for the track ‘Witches’ which was recorded during their live show in Athens on November 2021. The track is taken from the band’s latest opus ‘At Night we Prey’ and is now streaming via the official NIGHTFALL YouTube channel HERE. 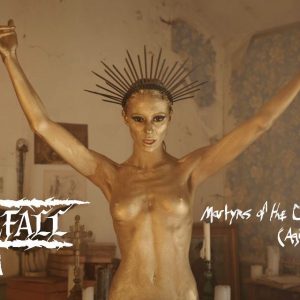 Greek melodic metal masters NIGHTFALL are now premiering the official music video for the song “Martyrs of the Cult of the Dead (Agita)” via OnlyFans! The decision to use this platform is to circumvent the arbitrary and harsh censorship restrictions across all social media, including YouTube, due to nudity and excessive violence. The video, which was created by Antoine de Montremy, can be seen for free HERE.

Greek metal masters NIGHTFALL are now releasing the official bass playthrough video for the track ‘Darkness Forever’ from their latest album ‘At Night We Prey.’ In addition, the band introduces their new bassist ‘Vasiliki Biza’ who can be seen performing the track in the video. Check out the playthrough and new bass player via the official Season of Mist YouTube channel HERE. 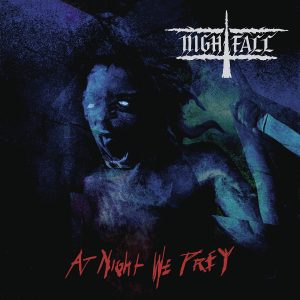 NIGHTFALL stream ‘At Night We Prey’ in advance of release date

Greek metal masters NIGHTFALL are now streaming their brand new opus ‘At Night We Prey’ in full in advance of the release date. The new offering is set for release on March 05, 2021. The album can now be streamed via the official Season of Mist YouTube channel HERE.