More information about Fire On The Mountain

Many more tour dates will be announced soon!

TWILIGHT OF THE GODS’ debut album is entitled ‘Fire on the Mountain’ and will be released on September 27th (October 1st in North America). It is already available for pre-order on Season of Mist’s e-shop in various limited editions. A lyrics video for the title track can be found here and the song “Destiny Forged in Blood” is streaming now via Decibel Magazine.

ROTTING CHRIST released the successfully acclaimed ‘ΚΑΤΑ ΤΟΝ ΔΑΙΜΟΝΑ ΕΑΥΤΟΥ’ earlier this year. The album can be purchased on Season of Mist’s e-shop and a video clip is available here. 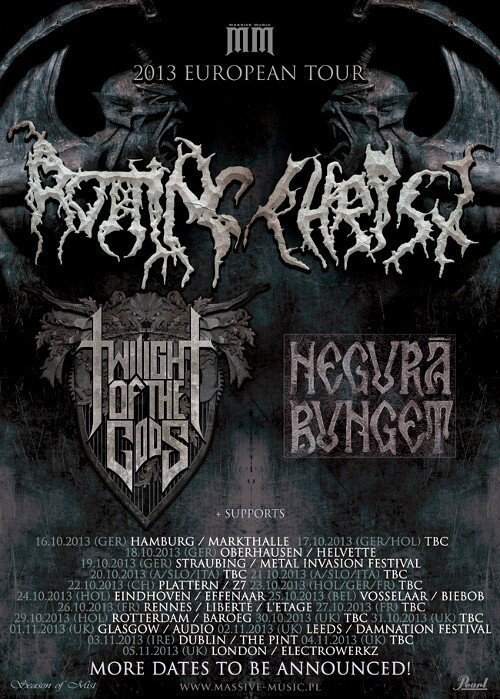 View Twilight Of The Gods 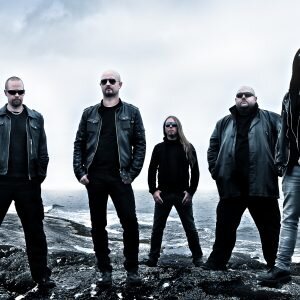 Season of Mist just inked a deal with all-star band TWILIGHT OF THE GODS! Initially joining forces as a tribute band to BATHORY, singer Alan Averill (PRIMORDIAL), guitarists Rune Eriksen (AVA INFERI, AURA NOIR) and Patrik Lindgren (THYRFING), bassist Frode Glesnes (EINHERJER) and drummer Nick Barker (LOCK UP) recently started to write their own material, which should end up on a full-length album some time next year.