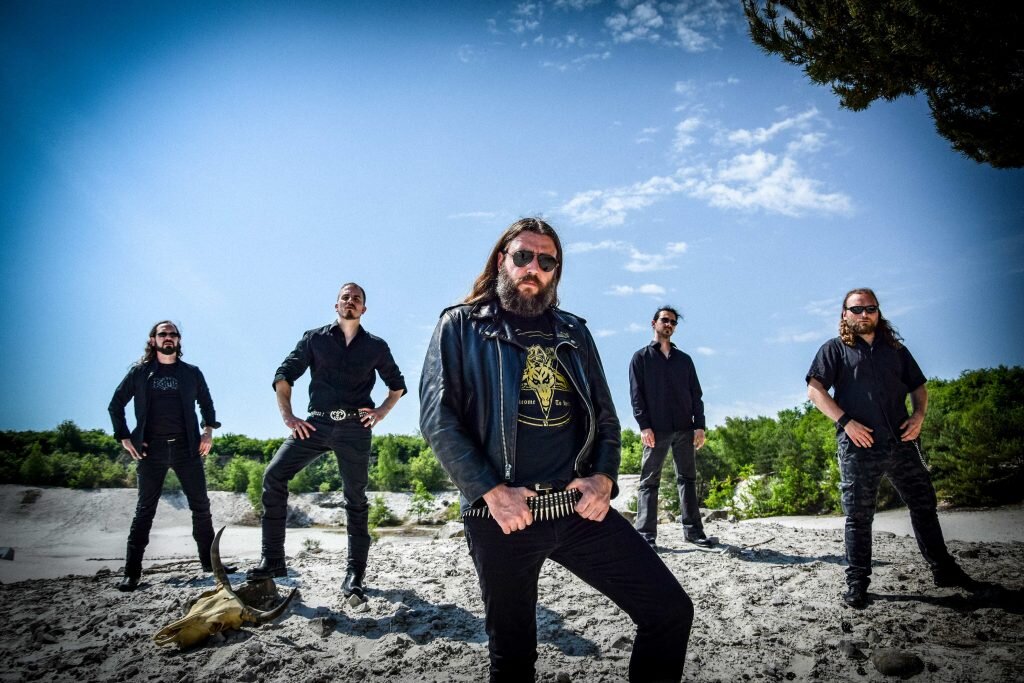 ‘A great civilization is not conquered until it has destroyed itself from within’ (Ariel & Will Durant). Enter the Hispanic metal universe of IMPUREZA. For more than ten years, the Franco-Spanish conquistadors have been pioneering their unique style, which combines Iberian soundscapes with brutal death metal.

IMPUREZA’s new ground-breaking second album, ‘La Caída De Tonatiuh’ has been recorded and produced by Sylvain Biguet, who is known for his work with KLONE and TREPALIUM among others and the album was mastered by triple Grammy award winner Bob Katz, which resulted in a perfect blend of sonic extremes with the traditional instrumentation to achieve a warm yet aggressive organic sound.

IMPUREZA express the traditional part of their musical heritage through the use of acoustic folk guitars, flamenco rhythm patterns, and exclusively Spanish lyrics. This concept derives from the interest of founding member Lionel Cano Muñoz and his “compañero” Esteban Martín, who are both of Spanish origin and draw inspiration from their identity.

Esteban Martín adds his multiple vocal facets that range from death metal growling to clean singing inspired by the sadly late gitano-legend CAMARÓN DE LA ISLA among others. In a similar way, Lionel Cano Muñoz shifts between the aggression and power of his 7-string electric guitar and the intricacy of the Spanish flamenco guitar. This is backed up by Florian Saillard, who complements the electric string section with his 6-string bass and the flamenco parts with an acoustic bass guitar. Even more string power is added live by rhythm guitarist Olivier Hanoulle. Drummer Guilhem Auge is perfectly complementing the band with his unique rhythm patterns and Hispanic groove.

IMPUREZA have been amused to find the nickname “French Nile” being attached to them at times for combining the ferocity of death metal with “exotic” sounds. The band’s influences range from BEHEMOTH and MORBID ANGEL to PACO DE LUCÍA.

The Spanish-French outfit gained a reputation of an excellent live act, which was well earned by capturing audiences across Europe alongside acts such as GOJIRA, SUFFOCATION, CATTLE DECAPITATION, and BENIGHTED as well as performing at prestigious festivals such as Hellfest, Motocultor, and Wacken Open Air – the latter as winners of the W:O:A Metal Battle France.

IMPUREZA created a quick buzz within the underground metal scene with the release of three demos, ‘Y Correra Tu Sangre’ (2005), ‘Ruina De La Penitencia’ (2006), and ‘En El Desierto De La Creencia’ (2007) – all of which were compiled under the heading ‘Inquisition Demos’ in 2007 – as well as two split-contributions on the ‘Tworzenia, Resurrezione, Démence’ (2006) and ‘Reincremation’ (2007) samplers. These prepared the ground for the band’s acclaimed debut full-length, ‘La Iglesia Del Odio’ (2010), which considerably widened their international following – a trend that continued with the following 2013 EP ‘El Nuevo Reino De Los Ahorcados / Leyenda Negra’.

Taking their time to refine their self-developed style and to come to terms with several changes in the line-up, IMPUREZA are ready to spearhead Hispanic extreme metal around the globe. ‘La Caída De Tonatiuh’ is a proud statement of musical identity and cosmopolitan embrace of the world at the same time. Be prepared to welcome this Spanish conquest via a unique new vision in metal. 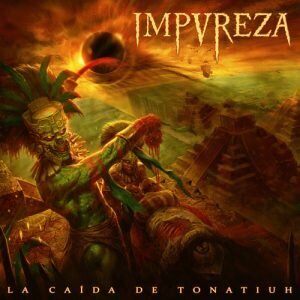 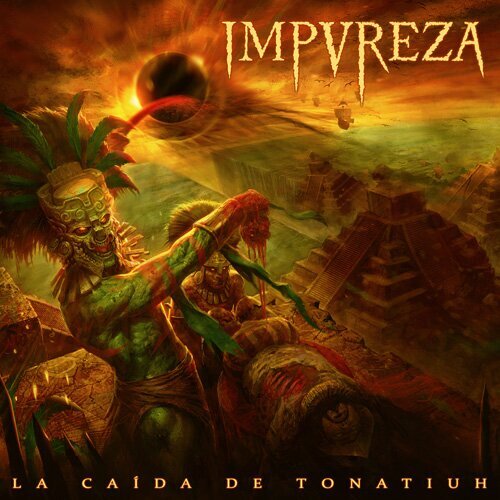 IMPUREZA are streaming a new flamenco death metal track taken from their forthcoming album, ‘La Caída de Tonatiuh’, which has been scheduled for release on November 10th.

IMPUREZA are unveiling the next flamenco metal track taken from their forthcoming album, ‘La Caída de Tonatiuh’, which has been scheduled for release on November 10th. The song “Sangre Para Los Dioses” is now exclusively being streamed in the form of a lyric video by the official media partners listed below.

IMPUREZA are unveiling the first mind-blowing track taken from their forthcoming album, ‘La Caída de Tonatiuh’, which has been scheduled for release on November 10th. The song “Leyenda Negra” is now exclusively being streamed by the official media partners listed below. 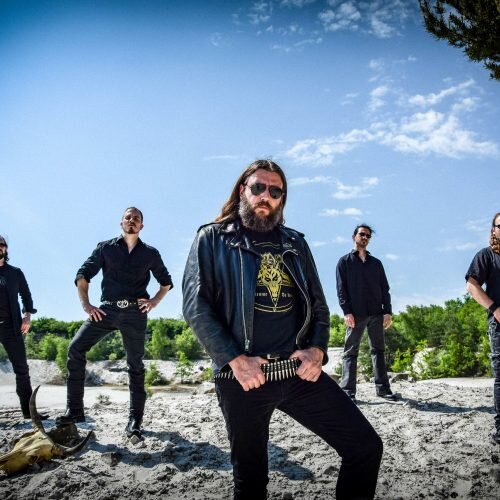 Season of Mist are proud to announce the signing of IMPUREZA. Not counting the compilation of earlier material, the Spanish flamenco death metal extremists will release their sophomore album via Season of Mist.