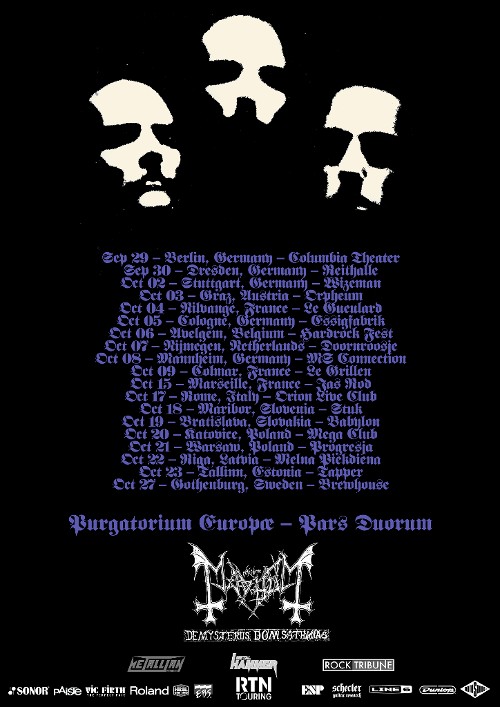 Legendary MAYHEM vocalist Attila Csihar commented: “The first time I ever heard from Mayhem was in ’91-’92 when I received a letter from Euronymous. I did not know that message was going to change my whole life. They were looking for a new vocalist to replace Dead on their debut album. Of course, I agreed to their offer and in 1993 we recorded ‘De Mysteriis Dom Sathanas’, which to me remains one of the most magical albums of all time. The music opened some unfathomable dimensions that reached beyond what we were able to handle and it unleashed a complete chaos, which ended up at burning churches and eventually a murder within the band. It was almost impossible to release that record, but when it finally came out under the sun in ’94, it left a lasting impact on the whole metal scene. The so-called “2nd wave of black metal” was born in the cold and dark underground of Oslo. At the same time MAYHEM collapsed and got burned down as well. From those ashes, the band had to rise again, when MAYHEM reunited with some old and new members. Yet that album always remained so strong and so unique that even after my reunion with MAYHEM in 2004, we were still not comfortable to present it live in full. Time passed and the whole band got stronger and more experienced. In 2016 we suddenly felt that it was time to finally play the whole record in order to unleash That Beast after more than two decades. ‘De Mysteriis Dom Sathans’ will soon become alive!”

MAYHEM’s latest critically acclaimed album, ‘Esoteric Warfare’ is streaming here. The cover has been created by renowned Polish artist Zbigniew M. Bielak (GHOST, PARADISE LOST, BÖLZER, ZHRINE) and can be viewed together with the track-list below. 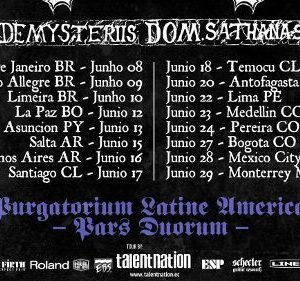 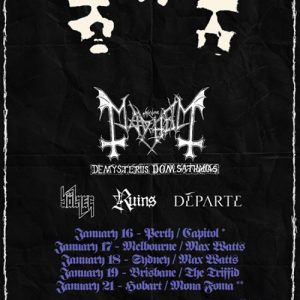 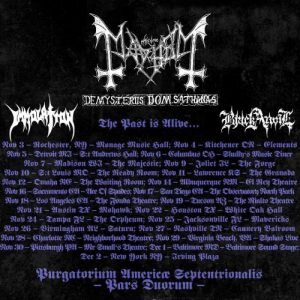 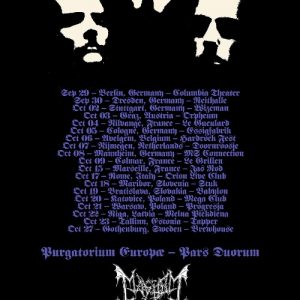