MENACE is a project for those who dare to be challenged. It is a journey across genres; neither claiming nor conforming to any particular known style, and a result of all musical history and culture.

Mitch comments: “The band is called MENACE, but to me, it is more than just a band or a solo project. It is the result of my life’s work. It’s a concept that has been in production for some time with most of the songs and intense work done in the last two years. The initial idea for MENACE began with a plan to work with Max Cavalera (SOULFLY, CAVALERA CONSPIRACY) and drummer Brann Dailor (MASTODON). Although Brann recorded two songs initially, his responsibilities with MASTODON didn’t allow time for such an intricate collaboration. In fact, we all became incredibly busy and as a result, new directives evolved, and to achieve my goal for MENACE I needed to see the album through myself.

“MENACE is the old meeting the new; heavy and melodic, descriptive and adventurous, epic and futuristic, carnal and primitive, and so on. MENACE brings unrealized dreams closer to fruition. It is about overcoming loss and hardship, and a combination of many interests, including spiritual philosophy, psychology, science, physics, theatrics, the supernatural, the paranormal, film, poetry, photography, art, sculpture and video; the things I’ve focused all my energy on over the last twenty years. It’s an organic meets technological approach to exploration and self discovery through a direction I term audio-installationism (A.I.).

Harris concludes, “Those familiar with my previous work will be in for a surprise and should expect the unexpected, but I’m a firm believer that even the most improbable dreams should be explored. MENACE is a statement in itself, a way of saying that there is always a way forward, no matter how difficult it seems. If you are still alive, then there is still something to achieve.”

MENACE have previously released three video of songs from ‘Impact Velocity’. These can be viewed on Season of Mist’s YouTube channel:

“I Live with Your Ghost”
“Painted Rust”
“To the Marrow”

More MENACE clips will be released in the near future. The videos for “Painted Rust” and “To the Marrow” have been created in cooperation with renowned Ukrainian sand artist Ksenyia Simonova in support of a Children’s Cancer Charity.

In the words of the guitarist:
“We are trying to raise funding and support for Marina Loskutova, a Ukranian Sports champion with kidney cancer”, explains Mitch. “Marina has qualified for treatment in the UK, which cost is 121,000 euro. Her family has raised an important part of the sum, but there is still a lot missing to complete Marina’s treatment. We hope that the powerful creative message behind our goal is enough to inspire some to help in any way they can”, Mitch comments. “So much passion, preparation and positive energy has gone into the production of this unique collaboration. You’re in a position to make a difference to a family in desperate need, and help a small group of people rebuild their future. Here is a PayPal link if you would feel kind enough to donate anything, even 1 euro/dollar would increase her chances of survival and will give hope to a family without a voice in a desperate situation.” 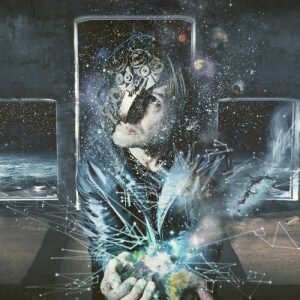 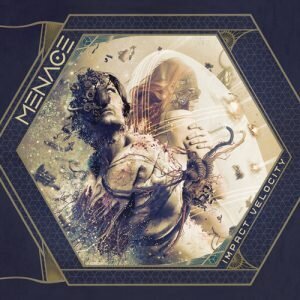 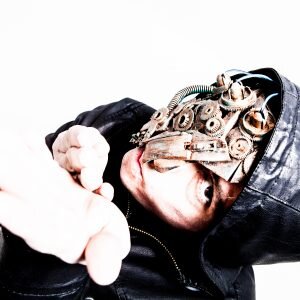 MENACE, the brainchild of NAPALM DEATH axeman Mitch Harris currently premiere the third new song taken from their debut album ‘Impact Velocity’, which will hit the stores on March 14th (March 18th in North America). The track “To the Marrow” is presented in the shape of a video clip featuring the celebrated Ukrainian sand painter and winner of “Ukraine’s Got Talent” Kseniya Simonova and now streaming via the following media partners: