As previously announced, Swiss Dark metallers S A M A E L have chosen “Lux Mundi” (which translates in English as “Light of the World”) as the title for their upcoming album.

“Lux Mundi” will be out in North America on May 3rd, adorned with the following cover artwork:

“For the cover artwork of “Lux Mundi” I envisioned a series of rays starting or ending at the centre of the cover”, comments frontman Vorph. “I wasn’t even thinking about any kind of motives, just black on black using a matte and shining black to make the rays apparent. I spoke about that with Patrick (Pidoux) who did the artwork of “Solar Soul” and “Above” and he came out with that idea upon which we immediately all agree”.

“I drew a very graphic version of an eye which represents sight, the first human sense able to capture light”, added Patrick Pidoux.

“On a few occasions during the recording of “Lux Mundi” our friend Sergey Ulyanov (who did the “Black Hole” video) came to the studio with his camera. He later assembled and edited what he shot and put some of the new songs as background music. That would eventually become a 3 episodes teaser for the new album”, reports Vorph. You can check out the first studio part on S A M A E L’s YouTube channel.

The “Antigod” EP, featuring a song from “Lux Mundi” is still available as exclusive digital download for North America. Check it out on iTunes! 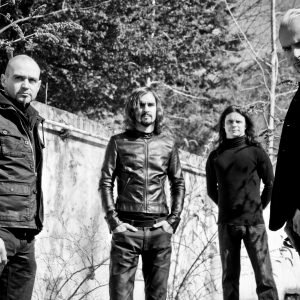 After some manufacturing issues which caused a two month delay, Swiss dark metallers S A M A E L’s new album “Lux Mundi” is finally being released today in North America! “Lux Mundi” is available as an exclusive 2CD digipak including the “Antigod” EP which was previously only available digitally.

Swiss dark metallers S A M A E L recently shot a video for the “Luxferre” song, off new album “Lux Mundi”. The video was directed by Patric Ullaeus (IN FLAMES, DIMMU BORGIR, ENSLAVED, ARCH ENEMY and many others). Watch it here!

Swiss dark metallers S A M A E L posted a brand new song online. “In the Deep” is taken from upcoming album “Lux Mundi”, to be released in North America on May 3rd. Download the song for free here! 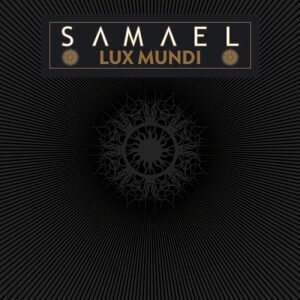 Swiss dark metallers S A M A E L issued a third video of the making of forthcoming album “Lux Mundi”, to be released on May 3rd in North America. You can watch it on YouTube.

As previously announced, Swiss Dark metallers S A M A E L have chosen “Lux Mundi” (which translates in English as “Light of the World”) as the title for their upcoming album. Here is the tracklisting of the band’s ninth full-length, scheduled for a May 3rd release in North America: